“A” is the best, when it comes to those big labels on drink cans, packs and bottles you’re seeing these days. 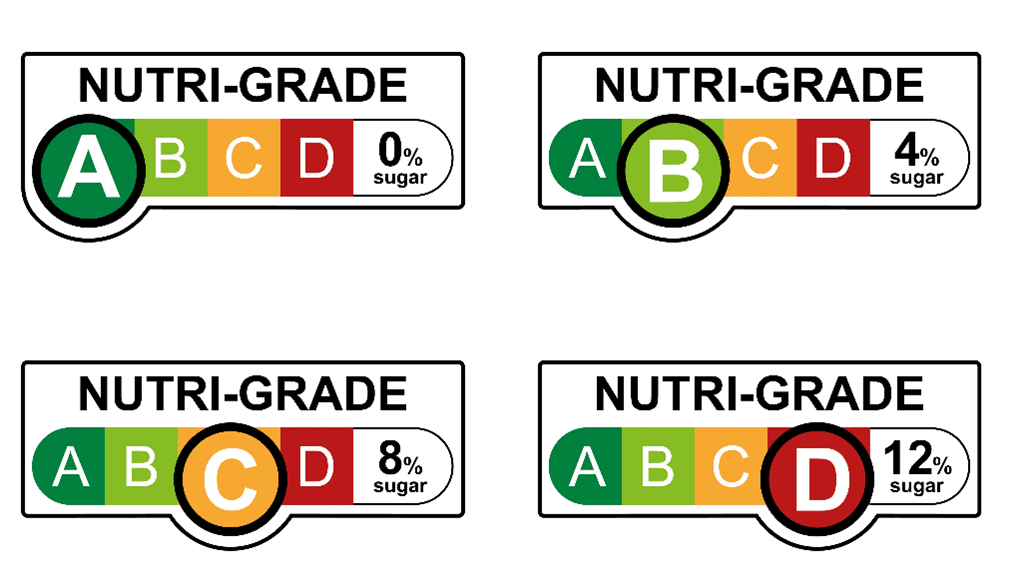 That’s because these letters under the new Nutri-Grade labelling system, which was launched last Friday (Dec 30), indicate how much sugar and saturated fat these drinks contain.

Sugar tastes good, yeah. And saturated fat does have a particularly rich and pleasant mouth-feel.

But taking lots of both increases the risk of diabetes, which (to be blunt), is …not so good.

Cue Minister for Health Ong Ye Kung filming his grocery run at NTUC FairPrice Parkway Parade. There, he shows exactly which drinks are healthier choices and which make the (Nutri-)grade.

Three-in-one kopi: not the best choice

It’s a hassle-free look-over. The Nutri-Grade label is smack dab on the front of packages so that it is easily identifiable.

“And this one, ah? ‘D’,” adds Minister Ong, holding up a three-in-one blend for the camera.

“‘D’ must put back, ah,” says the Minister as he places the pack right back on the shelf.

Kopi-O siew dai, milk, drinks with the pyramid: Can.

What’s good, though, if a person cannot enjoy his or her daily kopi?

Heaps (though sometimes in moderation)!

Like how Minister Ong puts kopi-O siew dai and fresh milk in his cart.

“Think I buy fresh milk lah. Once in a while can drink,” he says.

Fresh milk is a “C” on the Nutri-Grade system, which means it has about 8 per cent sugar.

Also, those drinks with the red pyramid logo on them are generally OK.

That’s because products with the red pyramid logo have been assessed to be Healthier Choice goods. It’s an easy way for Singaporeans to tell which foods are, well, healthier for us than others.

“This one has the pyramid and the producer produced a Nutri-Grade mark of ‘B’,” says Minister Ong, examining a double-boiled drink.

“Double-confirmed — can buy,” he says, adding the drink to his grocery cart.

So there’s the Nutri-Grade labels. And the Healthier Choice pyramid. And also Healthy 365, a wellness app for iOS and Android that tracks your calories (also your protein and overall nutrition) too.

They’re all part of the PAP Government’s Healthier SG strategy, which is all about preventive care for a population that will be increasingly besieged by chronic illnesses as it ages.

Prevention is better than cure; Minister Ong knows this first-hand.

He previously shared that he’s had health issues, including high cholesterol, which prompted him to exercise more and cut down on unhealthy foods in addition to taking medication.

Today, his readings are much better.

Similarly, that’s what Healthier SG will do for Singaporeans: empowerment for prevention, before things get …not so good.