Parliament voted on November 6 to repeal Section 377A, a problematic colonial-era law criminialising sex between men.

At the same time, Parliament also voted to introduce a new clause, Article 156 (Institution of Marriage), into the Constitution. This Article lets Parliament — not the Courts — make laws which protect and promote the institution of marriage.

S377A’s repeal is as pragmatic as it is pertinent.

“Most gay people do not cause harm to others. They just want to live peacefully and quietly, and be accepted as part of society, the same as any other Singaporean,” said Minister for Law K Shanmugam.

“They are our family, our friends, our colleagues. They deserve dignity, respect, acceptance.”

And Singaporean society is now at a stage that can accept S377A’s repeal.

According to Minister Shanmugam, most Singaporeans accept that sex between men should not be a crime. Even those who want to retain S377A do not want to see it actively enforced 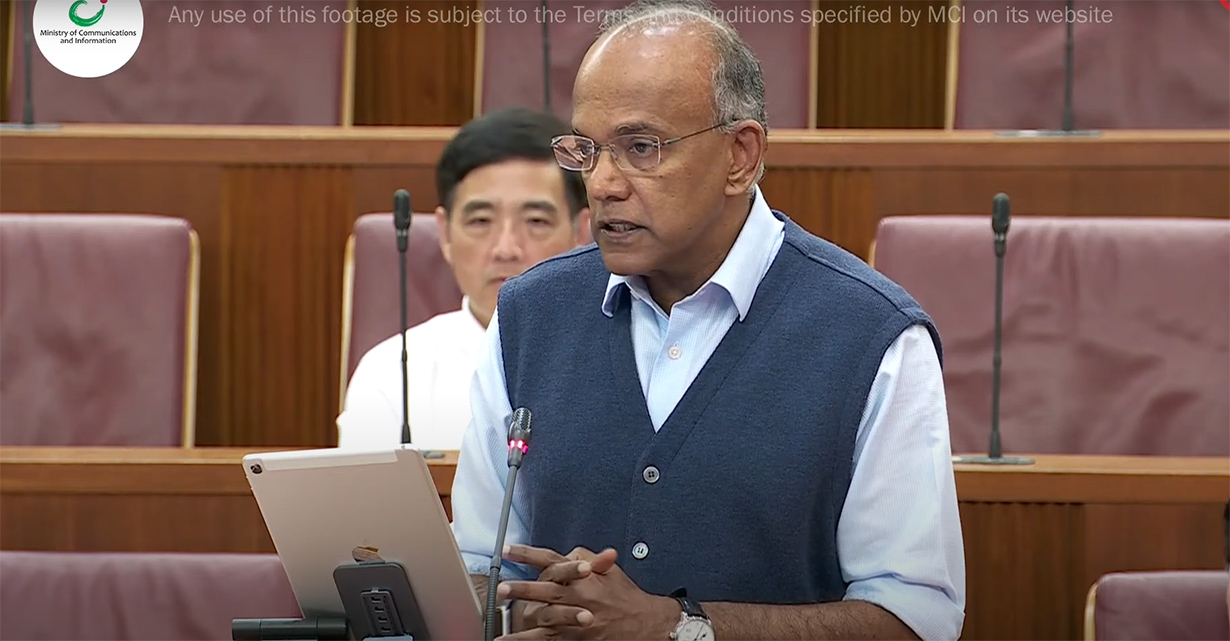 “Leaving S377A alone in the books carries a significant legal risk because the Courts may strike it down in the future,” he warned.

However, unlike Parliament, the Courts cannot consider competing social norms and social consequences of their decisions.

“If they strike down S377A, they will do so without being able to consider the consequential effects of that decision on the definition of marriage, for example.”

And to media content, housing policies, adoption and so on.

The Courts could become weapons for activists and unleash partisan views on both sides of the divide, like what is happening in some countries now.

So no to judiciary-based activism.

And the Government has taken steps against the possible consequences of S377A’s repeal, by adding Article 156 (Institution of Marriage) to the Constitution.

Article 156 protects laws, as well as their resulting policies, that define marriage as “a union between a man and a woman”. 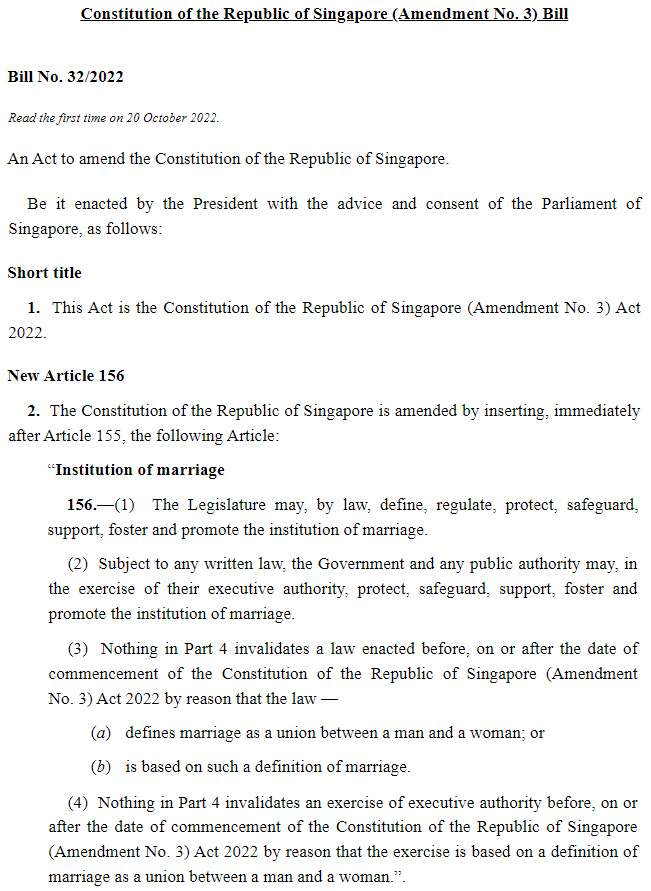 The Courts, thus, will not be able to find these laws and policies unconstitutional.

Article 156 does not codify or enshrine the definition of marriage into the Constitution, though.

Doing so would “fundamentally change the whole complexion and schema of the Constitution” said Minister for Home Affairs Masagos Zulkifli the day before S377A’s repeal.

But the standard heterosexual definition of marriage will not change under PM Lee’s Government’s watch. Nor the next Government’s, if our Party is tasked to form it.

For now, though, unity from our diversity, in the way we as Singaporeans have always done.

“We have been able to live together peacefully because we learned to understand, go beyond our own perspectives, and graciously accommodate one another,” said Minister Masagos.

“This has been the Singapore way because we recognise what is best for our society.”